Looking to refinance an impressive portfolio of six high-end central London properties, our client initially approached us at the end of Jan 2020, after finding us through a Google search, to scope their borrowing potential.

Having previously used loans from a family trust to build the portfolio of six, plus renovate the properties to a lovely standard, the client was now looking to raise alternative finance of around £5.2m to clear them, this would mitigate IHT on the family trust loans following recent tax changes, making it considerably more cost-effective to borrow through traditional banking routes. 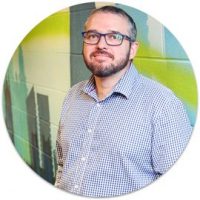 If you are looking for expert advice, you can get in contact with Duncan today by calling 08009499410 or by sending him a quick email

Having spent the last few years extending and renovating a £2.4m residential property in central London, the clients’ plan was to move into this as their new home.

As part of the plan, their prior residence was to be let also; a £1.1m flat that they had been residing in during the working week.  But the family dynamic changed and the decision was made to move a parent into the flat, thus making the property a pied-à-terre.

The flat becoming a residential property rather than an income-generating Buy to Let meant that it would potentially restrict the clients’ total lending threshold, by denting the available rental income as a whole, especially when raising capital against high value, but low yielding central London property.

However, there were a further two Buy to Lets that we could include in our recommendation.  A tenanted £3.25m property held in a Limited Company SPV and a £1.39m property owned personally.  Although the client did own an additional two Buy to Let properties which were both valuable and readily mortgageable, although already on competitive interest rates, which we would prefer to leave as they were, but they did create a backup plan if required.

As the family trust was flexible on repayment and happy to take a second charge, we focussed on the four properties primarily.  If you’re still with us, this case encompasses a limited company SPV ownership structure, personal ownership of two BTLs, then a regulated element, being the clients’ own residence and a BTL lived in by a family member.

After an initial fact-finding call with the client, senior broker Duncan set about understanding the whole mix here and launched into research mode to identify the best possible solution and quickly identified several major challenges.

Aside from the various structures and regulatory challenges, we needed to find a lender comfortable in lending several million pounds to a brand new client.  Almost all of the clients’ personal income was from distributions from the family trust.  And the family trusts were based in Jersey and the USA.  They also had very strict confidentiality policies when it came to providing the detailed financial information that we would need and that the lender would also require.

Ever determined in the face of complexity, Duncan quickly set to it and picked the right shortlist from his vast array of industry contacts to better gauge the client’s practical options.

After quickly establishing that no mainstream lenders would take on the lending, Duncan started speaking to his private bank contacts.  Investec Bank was on the list, a lender that we have built a strong relationship with and who specialise in lending to high net worth individuals, individuals with an annual income of more than £300k typically.

Our clients’ incomes had dipped below the £300k benchmark in the latest year and so this presented another negotiation, but given the strength and simplicity of our communication, we were able to fully play the many merits of the case in context in order to bend the normal rules of acceptance.  Investec gave their initial approval and was happy to consider the deal if further considerable information about the trust’s financial position could be provided.  With assets including a notable property in the tourism sector, this information was sought.

Unfortunately, the pandemic threw an unexpected spanner in the works and the deal was delayed.  Undeterred, Duncan, with the help of the case management team, continued to gather the needed documentation from the trust to prove the strength of the case.  Even though the tourism sector had taken a seismic revenue hit due to the pandemic, the team were able to provide plentiful documentation and even a letter of credit so that in October the deal was back in a position to proceed.

Reviewing the detailed and comprehensive proposal that the team put forward, Investec’s response was positive and the Credit Committee actually agreed to lend over the original amount to repay the trust loans in full as well as refinance one of the Buy to Let properties that the client was paying a higher than average interest rate on. This meant that not only were we able to secure the full funding that the client needed in the face of all of the challenges, we were also able to lower their ongoing monthly costs.

This was all subject to valuation but meant a total lending amount of around £6.1 million including fees.

After chasing all of the involved parties, during December 2020, all of the necessary documentation was sent, in lieu of the February deadline for the repayments and the IHT tax increase that had been brought forward from 19 February to 5 February, applying even more pressure for the team to complete.

The valuations were instructed. The solicitors were instructed and after some last-minute negotiations in terms of the payment schedule following some tweaking needed post valuations, the formal offer for the full £6.1m loan, split across four properties and three loan facilities, was issued a few days before the deadline and the all-important completion took place with one day to spare.

All in all, it felt like a million emails and calls, a lot of late nights and early mornings to gain the results for our clients, but where there’s a will, there’s a way.

It was down to Duncan’s passion and desire to help the client that this was possible, working beyond all expectations to get the result.  Huge thanks to Investec who pulled out all of the stops to enable completion in the required timescale with the right facility that worked for the client.

Speaking on Duncan’s dedicated due diligence, George, Private Banker from Investec, said: “I would like to thank you both for all the help you provided, we would not have been able to get there without you being as ‘on the ball’ as you were.” 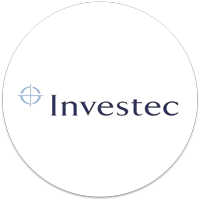 Duncan’s outstanding work on this application is a testament to presenting a case in the best possible light whatever the strengths are.  Faced with a multitude of challenges and various setbacks due to the Pandemic, he was able to not only secure the finance the client needed but also additional funding to protect the longevity of their portfolio.

Personally negotiating each stage of the process and even chasing up solicitors and surveyors to reduce delays, our problem-solving expert delivered the result the clients wanted and needed. We are extremely proud and the client is eternally grateful.

Get Expert Advice For Your Portfolio

If you have a complex structure portfolio or are simply unsure which financial route is best for you, Duncan and our full team of our mortgage specialists are on hand to help. Let us know the best way to contact you below, or you can also call us on 08009499410

🔒 Don’t worry, your data is protected and will stay private